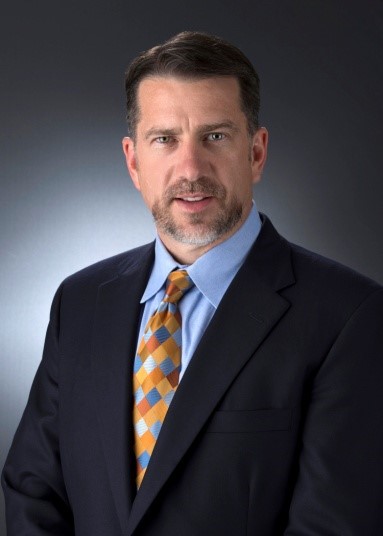 William “Bill” Waechter, has served as President of North Central Baptist Hospital since 2010. He has led that hospital through a recent, significant expansion program and the (near) future development of the Baptist Orthopedic Institute.

Bill previously served as chief operating officer at Northeast Baptist Hospital.  He excelled in a number of leadership positions at Northeast, and in regional departments.  He was responsible for developing “Heart Alert”, San Antonio’s first organized approach to treating patients with a STEMI.   Bill joined the Baptist Health System in 1994 as a flight paramedic and then held leadership positions for San Antonio AirLIFE, the air medical transport service now owned jointly by Baptist Health System and University Health System.

Bill earned his bachelor’s degree in speech and communication from Texas A&M University, obtained his paramedic license from the Texas A&M School of Medicine. He earned a master’s degree in healthcare administration from Ashford University. He is a graduate of Leadership San Antonio Class 32, and has served on the boards of a number of trauma and health-related associations and councils. He has been a board member of San Antonio AirLIFE and South Texas Regional Advisory Council.