San Antonio, TX – Every 40 seconds someone in the U.S. suffers from a stroke and every four minutes, a stroke takes another life. Experts predict that in the coming years, the nation could see an increase in death and disability from strokes as a result of delays in care and unhealthy lifestyles adopted by Americans during the COVID-19 pandemic.

To help reverse this alarming trend, Northeast Baptist Hospital in San Antonio has launched a new unit this year and added new technology and specialists dedicated to the treatment and prevention of stroke and the rehab of stroke survivors. Suman Nalluri, M.D., interventional stroke neurologist and director of the new program, said the unit offers another vital access point for stroke patients needing lifesaving care in northeast Bexar County, the surrounding area and through to the San Marcos corridor. 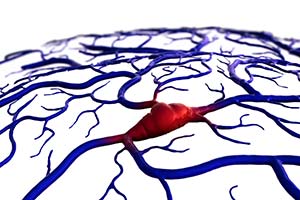 “Time is brain when it comes to stroke,” Dr. Nalluri said. “Seconds make all the difference in whether a person survives and whether or not they’ll be impaired with long-term negative health effects,” he said. “A person suffering a stroke can lose up to 2 million brain cells every minute until blood flow is restored to the brain. Our goal is to intervene swiftly, save brain cells, save lives and ensure our patients can return to a normal quality of life after stroke,” he said. Stroke continues to be the leading cause of disability in the U.S. Currently, there are 3.8 million women and 3 million men living with disabilities as a direct result of stroke. Research has proven that early intervention and treatment are directly linked to reduced motor and cognitive deficits such as impaired speech, paralysis, blindness and memory loss, as well as lower death rates.

Northeast Baptist Hospital’s Baptist Brain and Stroke Network is a multidisciplinary team of neurosurgeons and neuro-interventionalists, stroke nurse navigators, and rehabilitation professionals who collaborate with emergency medicine physicians and EMS personnel to treat patients from the moment they arrive in the Emergency Room to the time they go home. Equipped with the very latest biplane two- and three-dimensional brain imaging technology, and artificial intelligence brain imaging capabilities called RapidAI, the team can speed up time-critical triage and transfer decisions and, in some cases, have eliminated brain clots in under 12 minutes. The American Stroke Association recommends that patients receive clot-eliminating therapy in less than 60 minutes from the time they arrive in an ER, and the Northeast Baptist team is achieving that in one-fifth of that time.

Billy Scott, age 64, of Canyon Lake, suffered a massive stroke in early February and said he’s fortunate to be alive, thanks to the Baptist’s Brain and Stroke Network. “My stroke was so severe that my right carotid artery had completely collapsed. Luckily I was taken to the Baptist’s Resolute Health Hospital in New Braunfels where they quickly transferred me to a Baptist Health System hospital in San Antonio,” he said. “After they took care of my blockage, I spent three days in the hospital and was back to work within a month without any disabilities or problems.” Scott said he was able to go back to doing what he loves, which is working with his hands as a home repairman in his Canyon Lake community and helping his clients. “It’s comforting to know that they’ve added a new program at their Northeast Baptist Hospital that’s closer to home for others who may need them fast like I did,” Scott said.